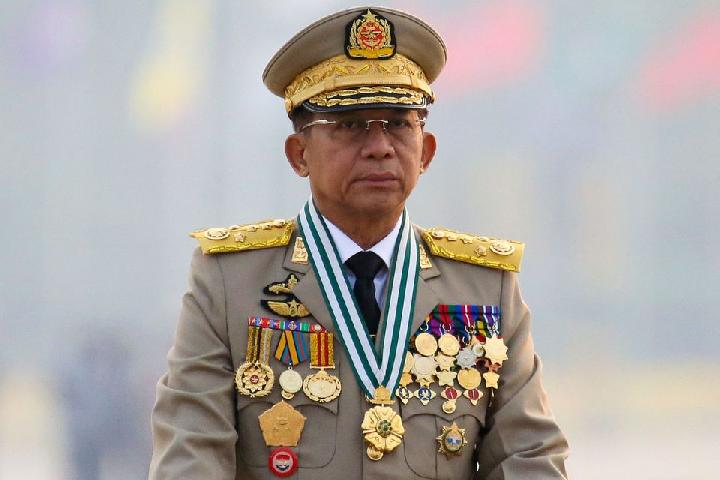 TEMPO.CO, Jakarta - A group of public figures in Jakarta has formally submitted a petition to the Constitutional Court effectively asking it to permit a case against the Myanmar junta, accused of crimes against humanity, war crimes and genocide against the country's Muslim population.The move is unprecedented and could lead to the first universal jurisdiction case against the Myanmar military in an ASEAN member state.

One of the petitioners, former Attorney General, Marzuki Darusman, said "the Indonesian constitution is very clear that everyone, Indonesian and non-Indonesian, has the right to equal treatment before the law. That means the universal protection of human rights. One small change to the law governing the Human Rights Court would recognize this and pave the way to a trial in Indonesia for the crimes being committed by the Myanmar junta."

The case for action is clear and urgent. At the end of July, the Myanmar military executed four prisoners of conscience, which drew widespread international condemnation. Dozens of other activists are awaiting execution.

Meanwhile, the number of people killed by the junta since the coup in February last year has passed two thousand; fifteen thousand have been arrested or have disappeared; 1.2 million people have been displaced and, according to the UN, over 14 million people are in urgent need of humanitarian assistance.

The sheer scale of this human tragedy in the East Asian region is an affront to Indonesia's 1945 Constitution.

There are well documented cases including the torture of journalists, health workers, teachers, lawyers and humanitarian workers. The Rohingya Muslims have been subjected to the same atrocities and despite investigations in the International Court of Justice and the International Criminal Court, they have not been granted justice.

Unless there is accountability against the junta, there will be further crimes and abuses and the continuation of the anti-Muslim genocide.

The people of Myanmar will never find justice through their own court system which has become a politicized tool in the hands of a vindictive junta. Meanwhile, cases against the Myanmar military at the International Court of Justice (ICJ) and the International Criminal Court (ICC) are severely delayed.

This is why ASEAN countries, including Indonesia, must act now.

The Indonesian constitution guarantees the protection of human rights universally. This can be demonstrated by the use of the phrase "everyone" in the articles on human rights protection. The 1945 Constitution also protects human rights regardless of citizenship.

However, Article 5 of Law 26 dating from 2000, concerning the Human Rights Court, places restrictions on the protection of human rights that are contrary to the 1945 Constitution. The article stipulates that a trial of perpetrators of human rights violations can only be carried out if the crimes are committed "by Indonesian citizens."

But the law does permit a degree of "extra-territoriality". If the human rights crimes occurred outside the territory of Indonesia, a court can be established as long as the perpetrator is an Indonesian citizen.

Not only does Article 5 violate the 1945 Constitution. It also limits Indonesia's role in realizing world peace and upholding the rule of law, as stipulated by the Constitution.

Indonesia has a particular imperative to act, as Jakarta is widely viewed as the "capital" of ASEAN in that it hosts the ASEAN Secretariat and is often visited by perpetrators of gross and widespread human rights violations from Myanmar.

Indonesia can live up to the commitments and ideals of the 1945 Constitution, in protecting human rights universally, if the phrase "by Indonesian citizens" is removed by the Constitutional Court.

That is why the Petitioners are asking the Constitutional Court to remove this phrase and thus allow the human rights of some 55 million Myanmar people to be protected in accordance with Indonesia's 1945 Constitution.