Amnesty International (Australia) jointly with the Australian Rohingya community and members of the Australian Parliament including Trade Unionist MP Ged Kearney, and MPs who visited Rohingya refugees in Bangladesh,
calling on- ‘Australian government to stop supporting the Myanmar military. 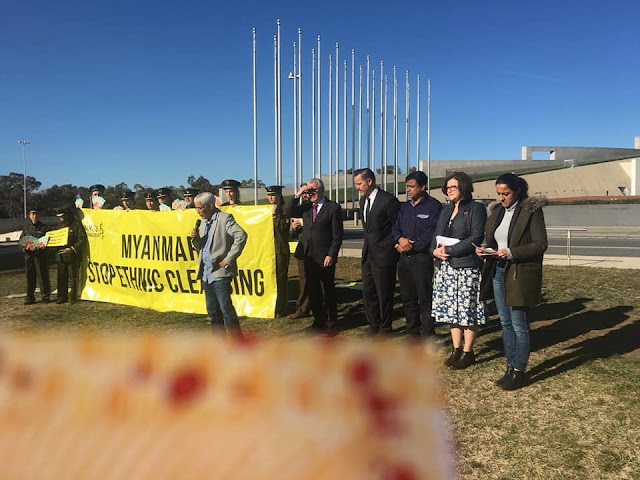 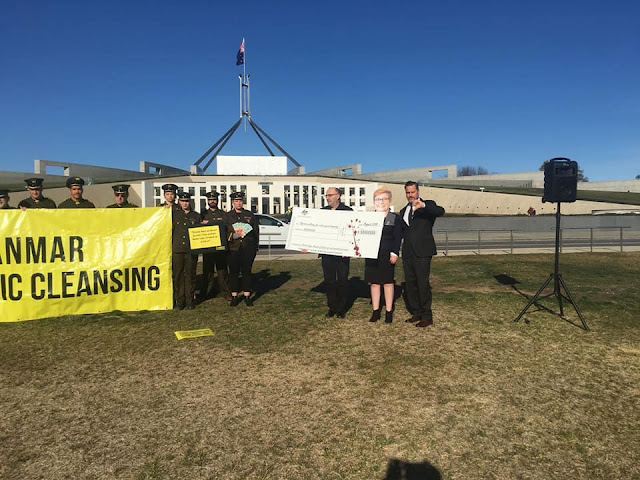 On Wednesday, one year on from the onset of the current Rohingya crisis and coinciding with Eid, Amnesty International is hosting a press conference and visual opportunity on the lawns opposite Federal Parliament House in Canberra. The Australian Government must cease training and support of the Myanmar military (the Tatmadaw) as it carries out ethnic cleansing of the Rohingya people.

The Australian Government must cut Australia’s training support to the Tatmadaw: $398,000 was allocated in the ‘17/18 Budget. 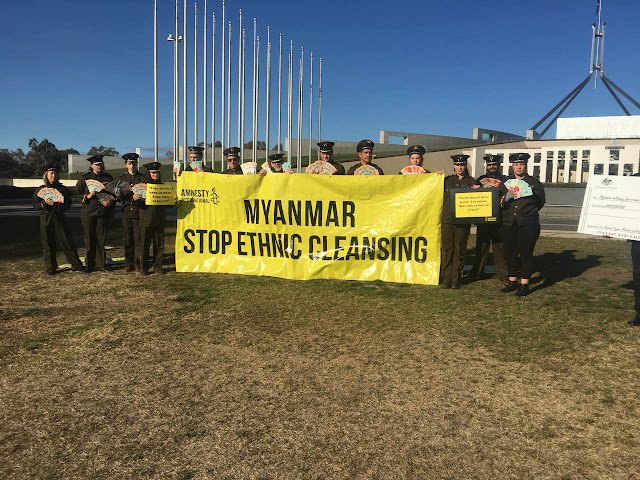 “The explosion of violence – including murder, rape, torture, burning and forced starvation – perpetrated by Myanmar’s security forces in villages across northern Rakhine State was not the action of rogue soldiers or units. There is a mountain of evidence that this was part of a highly orchestrated, systematic attack on the Rohingya population. That Australian taxpayers’ money is going to support the perpetrators is unthinkable” - Diana Sayed 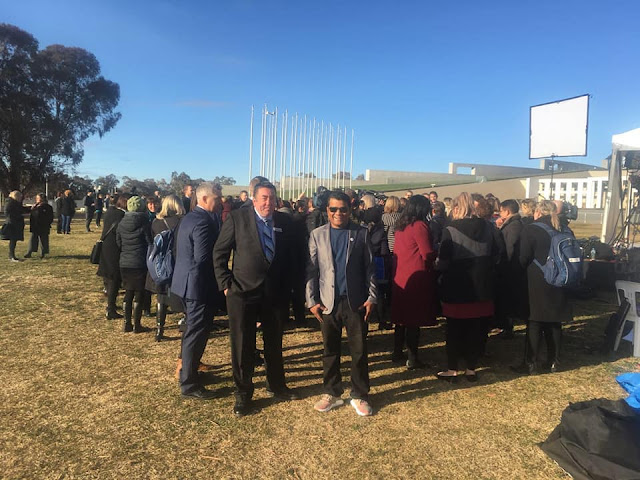 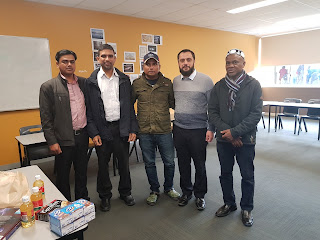 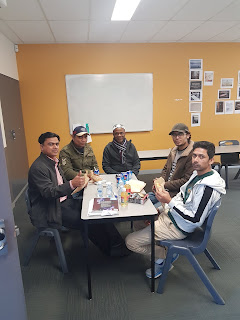 Note: some photos of students participation are voided for privacy concerns.
Posted by Australian Burmese Rohingya Organization (ABRO) at 20:52 No comments: