By Maung Zarni and Alice Cowley

Abstract: Since 1978, the Rohingya, a Muslim minority of Western Burma, have been subject to a state-sponsored process of destruction. The Rohingya have deep historical roots in the borderlands of Rakhine State, Myanmar, and were recognized officially both as citizens and as an ethnic group by three successive governments of post-independence Burma. In 1978, General Ne Win's socialist military dictatorship launched the first large-scale campaign against the Rohingya in Rakhine State with the intent first of expelling them en masse from Western Burma and subsequently legalizing the systematic erasure of Rohingya group identity and legitimizing their physical destruction. This on-going process has continued to the present day under the civilian-military rule of President Thein Sein's government. Since 2012, the Rohingya have been subject to renewed waves of hate campaigns and accompanying violence, killings and ostracization that aim both to destroy the Rohingya and to permanently remove them from their ancestral homes in Rakhine State.

Findings from the authors' three-year research on the plight of the Rohingya lead us to conclude that Rohingya have been subject to a process of slow-burning genocide over the past thirty-five years. The destruction of the Rohingya is carried out both by civilian populations backed by the state and perpetrated directly by state actors and state institutions. Both the State in Burma and the local community have committed four out of five acts of genocide as spelled out by the 1948 Convention on the Punishment and Prevention of the Crime of Genocide. Despite growing evidence of genocide, the international community has so far avoided calling this large scale human suffering genocide because no powerful member states of the UN Security Council have any appetite to forego their commercial and strategic interests in Burma to address the slow-burning Rohingya genocide.

by Admin,
Rohingya organization (ABRO) base in Melbourne received the donations from
Monash University Islamic Society during the end of fasting 'Ramadan' month.
According to Habib, the ABRO received the 3 separate donations total amount of (AUD 4,645) from Dr. Rizvi who is chairperson of Monash University Islamic Society and also a member of newly formed- the 'Rohingya Action Group' which aims to bring a proper attention to end the crisis of Rohingya and Kaman people.
The donations of rice have been distributed on the ground for displaced Rohingya and Kaman victims who are in remote locations where aid workers unreachable areas such as:
Ngat Chaung camp of Pautaw township,
Taungpaw camp of Myebon township, and
Pa-rein camp of Mrauk Oo township.
This little distribution prioritised for unregistered victims. Unregisered means they don't receive any thing from WFP or MSF. The story of how they live on is unthinkable.
Habib added that the displaced Rohingya and Kaman people living in 42 locations across Arakan state numbering about 165,000 according to 2013 data, are ending up in systematic confinement in the hand of heavy persecutions since June 2012.
Fleeing through the sea-routes therefore remains only option of escaping from such situation. 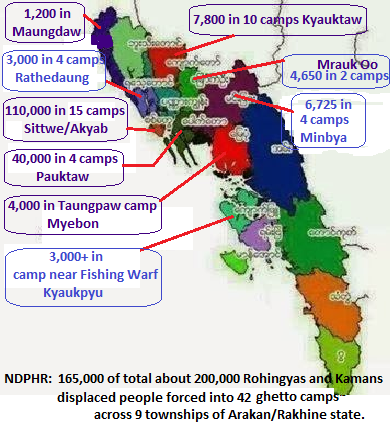 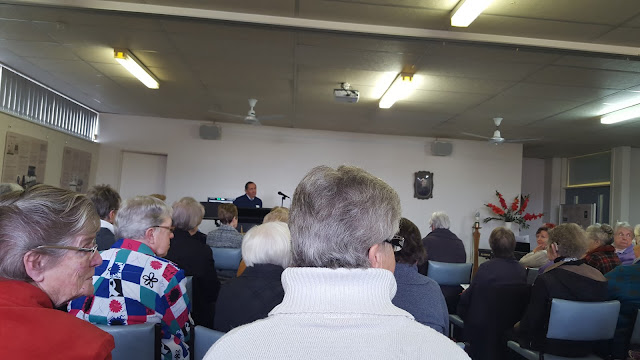 According to Habib who is a member of Rohingya community (ABRO) and ex-detainee, has joined the even and given a brief presentation at Q&A section.

Habib said, " Sr. Brigid Arthur led the Q&A section of "Being A Voice for Voiceless Today" at Kildara Centre, 39 Stanhope St, Malvern and the questions involved- the history of the Rohinghan people,  their situation today, the future particularly for those displaced from Burma, how the Australian people can help?"
Posted by Australian Burmese Rohingya Organization (ABRO) at 02:48 No comments: