Myanmar Updates~2019: A forum on the Myanmar Rohingya: if it’s not genocide, what is it?

by Admin,
A forum on the Myanmar Rohingya: if it’s not genocide, what is it?, was separately held as part of ANU's Myanmar Updates (2019) at ANU College of Asia Pacific at ANU College (China in the World Building 188),ACTON, ACT 2601. (Because ANU Myanmar Research Centre is not agreed with using the word 'GENOCIDE' and our presentation) 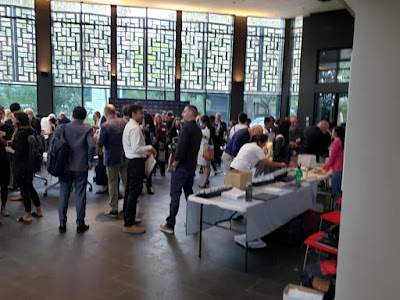 Our sincere thanks to Ms. Kathy Ragless and Companian House for organizing the Rohingya issues to be part of this forum and selecting the speakers: 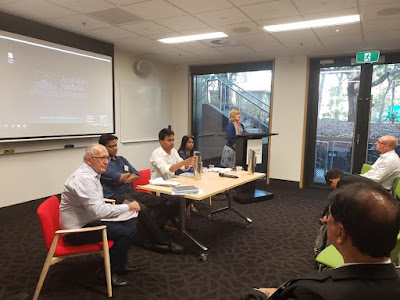 1) Abdul Hafaiz is a Rohingya ANU student from Myanmar who has made Canberra his home since 2013. He will provide welcoming remarks in this discussion about a genocide that has devastated his community and home.
2) Chris Sidoti is an Australian human rights lawyer and Australia’s former human rights commissioner. He was one of three experts on the UN’s Fact-finding mission on Myanmar, documented in the September 2018 Report of the Independent International Fact-Finding Mission on Myanmar. The report found patterns of gross human rights violations and abuses that ‘undoubtedly amount to the gravest crimes under international law’, carried out principally by Myanmar’s military (Tatmadaw).
3) Habib is founder and spokesperson for the Australian Burmese Rohingya Organisation (ABRO) based in Melbourne and co-author of First They Erased Our Name published in August 2018. Habib is an ex-detainee and arrived in Australia at the end of 2009 and works as a support service co-coordinator at RISE Refugee Organisation. Before arrival in Australia, Habib spent 10 years in Malaysia where he worked with Rohingya organisations and Burmese political opposition groups. 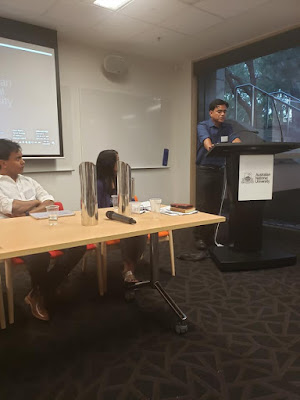 Chris Sidoti delivered 20 min speeches that included very strong & powerful speeches that practically challenged false narratives of Myanmar government: (there can't be two narratives, one should be wrong), and Myanmar military is the biggest terrorist". 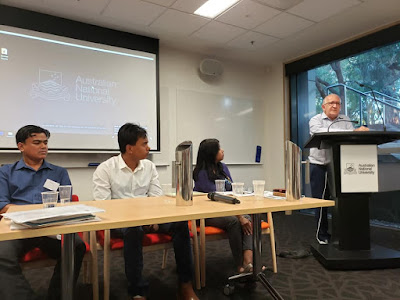 Experts and individuals from around the world joined the forum and support strongly for achieving justice and democracy in Myanmar. 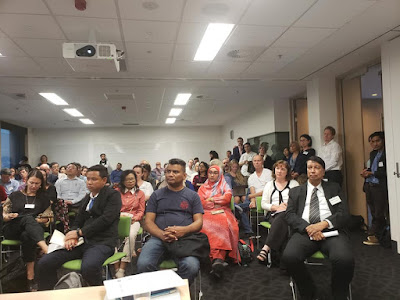 Habib presented 15 min speaks, began with background information of Rohingya crisis and the government's manipulations and raised issues of creationg of a safe zones, repatriation, solution and actions. 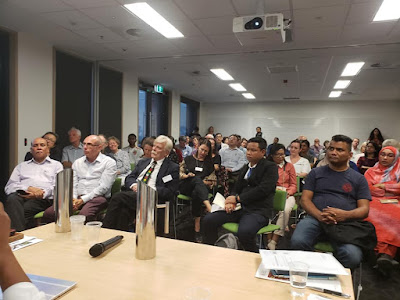 Other continuous separate sessions at ANU College of Asia Pacific are:-
1) The tactics of in-/visibility: A dual life of displaced Shan along the Thai-Myanmar border by Wen-Ching Ting, National University of Singapore. 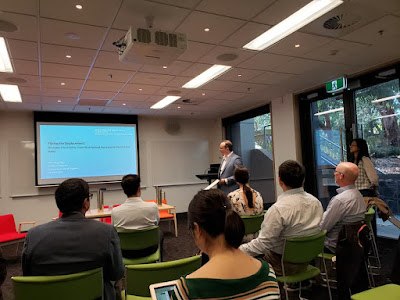 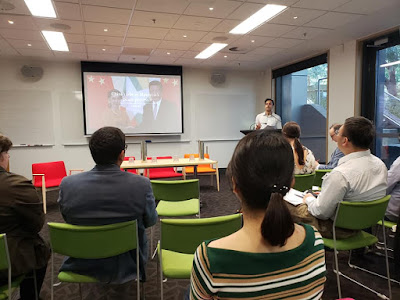 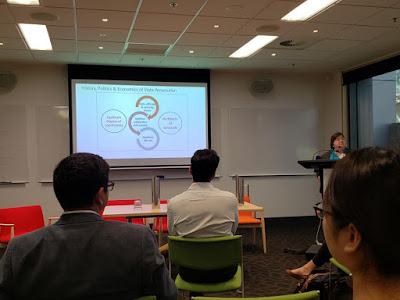 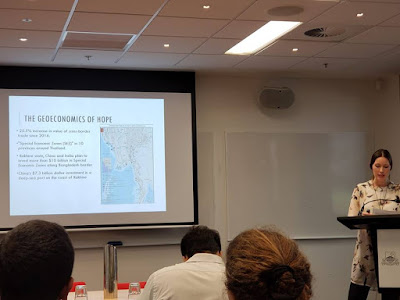 Posted by Australian Burmese Rohingya Organization (ABRO) at 23:53 No comments: