Smoke is seen rising from Burma's Taung Pyo Let War village from across the border in Bangladesh.

© 2017 Private
On June 26, the International Criminal Court (ICC) announced that Prosecutor Fatou Bensouda will request that the court's judges open an investigation into crimes relating to two waves of violence in Myanmar's Rakhine State. Myanmar is not an ICC member. But last year, the court confirmed its jurisdiction over crimes where an element occurred in Bangladesh, an ICC member since June 2010.
The prosecutor's move to bring victims, survivors, and their families, the vast majority of whom are Rohingya Muslims, one step closer to justice comes after the United Nations created a body to gather and preserve evidence of all possible crimes in Myanmar that could be used in future trials.
Both developments throw into sharp relief Myanmar's farcical accountability efforts to date. In December, the chair of its justlymaligned commission of inquiry created to look into abuses in Rakhine State said the commission had so far found "no evidence" to support allegations of grave abuses. In February, Myanmar told the UN women's rights committee there was "no evidence" to support the "wild claims" that the military carried out brutal and widespread sexual violence during the 2017 operations. And Myanmar's recently self-created military court to probe Rohingya atrocity allegations promises more of the same, judging from the country's dismal track record on accountability.
But the military's lengthy list of atrocities in Myanmar demands an even bolder response. Last August, UN appointed fact-finders concluded that Myanmar's top generals, including Commander-in-Chief Sr.-Gen. Min Aung Hlaing, should be investigated and prosecuted for genocide in northern Rakhine State, as well as for crimes against humanity and war crimes in Rakhine, Kachin, and Shan States. If the ICC prosecutor's proposed investigation moves ahead, she couldn't touch most of these crimes, as they were committed solely in Myanmar.
Though the UN Security Council should refer the entire situation in Myanmar to the ICC, council dynamics – notably Chinese and Russian opposition – make this extremely unlikely for now. UN member states, including those on the Security Council, should continue to call for a resolution referring Myanmar to the ICC. Doing so keeps focus on, and the political cost high for, those that stand in the way. Current Security Council dysfunction is no reason to give spoilers a free pass and absolve the council of its responsibility to act to end impunity for the worst crimes in Myanmar.
Posted by Australian Burmese Rohingya Organization (ABRO) at 20:29 No comments: Links to this post Twenty-seven-year-old Thinzar Shunlei Yi is one of several youth activists in the Southeast Asian nation pushing her government to better deliver for its people.

Myanmar transitioned from military rule to quasi-democracy in 2015. But while visiting Australia this week, Thinzar Shunlei Yi told SBS News her country has a very long way to go.

"I want [Myanmar to] embrace humanity, democracy and human rights," she told SBS News in an exclusive interview.

"I have been sharing my dream with other young people, so they can be inspired."

The former school teacher turned TV host is a leading figure in the youth movement within Myanmar, a country that has recently been accused of targeting ethnic minorities and censoring journalists.

She is facing a possible prison sentence after organising a peaceful, anti-civil war protest in May last year.

Explainer: Who are the Rohingya Muslims?

"Having water cannons trying to disperse the crowd … I felt like we were being treated like the biggest criminals ever.

"We're just young women trying to raise our voices for peace in Myanmar." 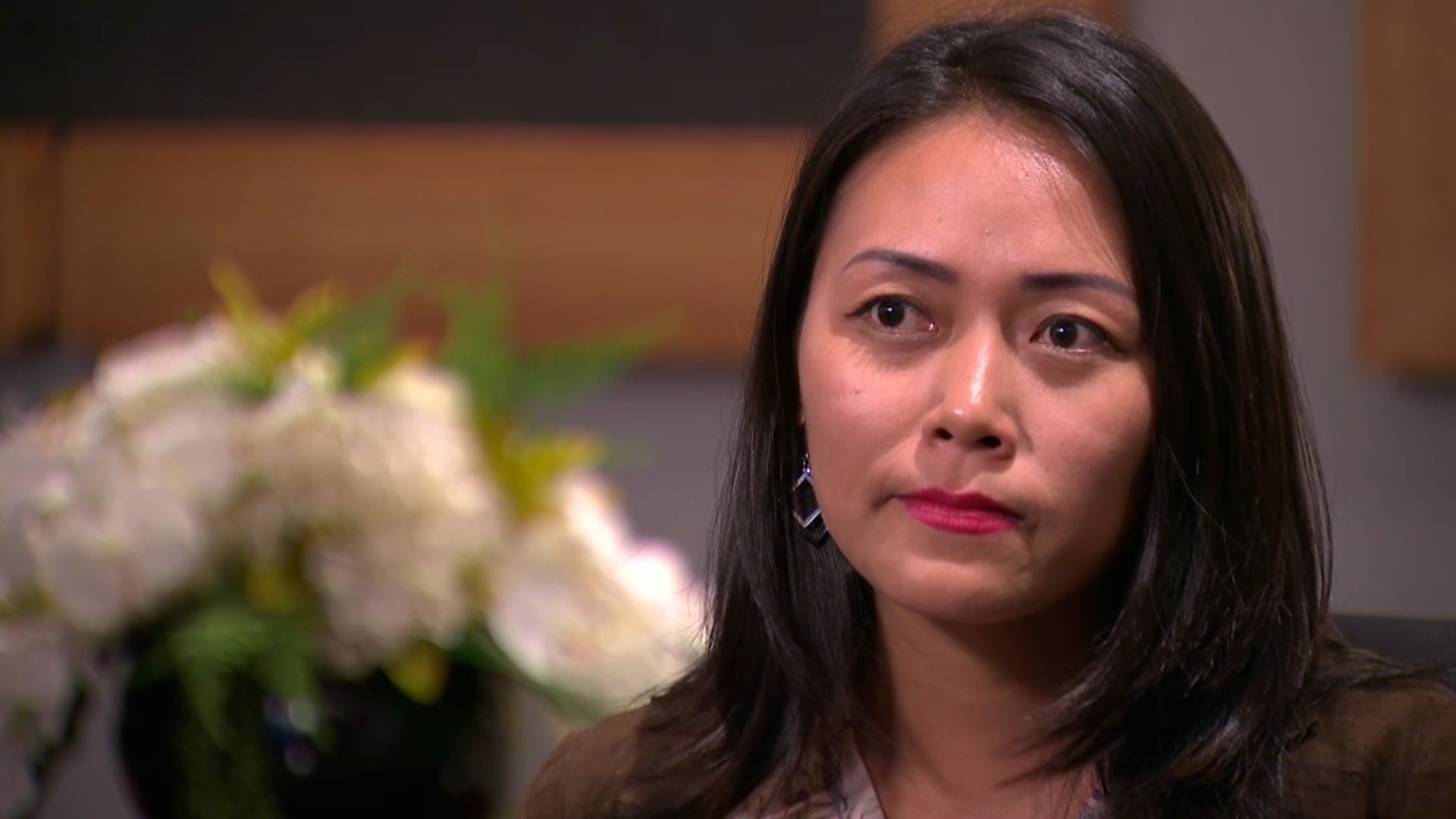 She said growing up, democracy activist Aung San Suu Kyi was her idol.

"I am who I am right now because of what she was saying about human rights and democracy," she said.

But that changed when Aung San Suu Kyi became State Counsellor, or Myanmar's de-facto leader, after the country's historic 2015 elections.

Since then, the Noble Peace Prize winner has been accused by rights groups of being complicit in military-led civil conflicts, including a crackdown on the Rohingya people.

"[The new government] didn't meet our expectations and that disappoints us," Thinzar Shunlei Yi said. She said there are also many challenges of being a young woman speaking out against the government.

"As a young female activist, I get a lot of backlash and discrimination," she said.

Her 10-day visit to Australia coincided with this week's raid of the ABC by the Australian Federal Police.

"[This] not a new thing to me, it happens all the time back in my country … but in Australia," she said.

Asked if she has plans to run in Myanmar's 2020 election, she said, "I have a dream, of course, to be in the politics but right now I feel I don't want to be locked up in the system, that system is a failed system".

Posted by Australian Burmese Rohingya Organization (ABRO) at 22:00 No comments: Links to this post